LED Industrial Lighting Company Ltd were pleased to have been involved in the fitting out of a new specialist training facility, which opened in February 2019. Super Training UK focuses on developing a new generation of GBR power lifters and incorporates some of the best equipment on the market. It will be open to beginners and elite level athletes, all supervised by the owner Henry Tosh. In 2011, Henry became the World Drug Free Powerlifting Champion and in 2018 he became Senior Classic Head Coach of British Powerlifting. He has competed internationally and represented GBR.

The new training facility is located close to Cheltenham, in a former warehouse which has been sympathetically converted to a state-of-the-art facility. LED Industrial Lighting Company Ltd were recommended by a local electrical contractor, Mitchells of Gloucester with whom we have collaborated on a number of projects, to provide design, specification advice and supply of LED luminaires.

The design concept for the gym, was to make it as carbon neutral as possible. The owners have installed solar panels, a new heating system and wanted a high quality, low-energy lighting solution. The building benefits from substantial natural light, so it was important to also integrate daylight harvesting into the design.

The complete LED design, includes high bay gym lighting area, panel lights for the reception, downlighters for the back of house facilities and LED emergency lighting. Various solutions were put forward, with the client eventually electing to install the Ansell Decco High Bay with diffused polycarbonate refractors to prevent glare when customers are lying down and looking upwards. The aesthetics were important, as much as the energy saving.

Having removed the 400W Sodium High Bays, they were replaced with 41W above the new mezzanine floor and 96W LED High Bays above the main weights section, achieving an average of 328 lux on the floor. 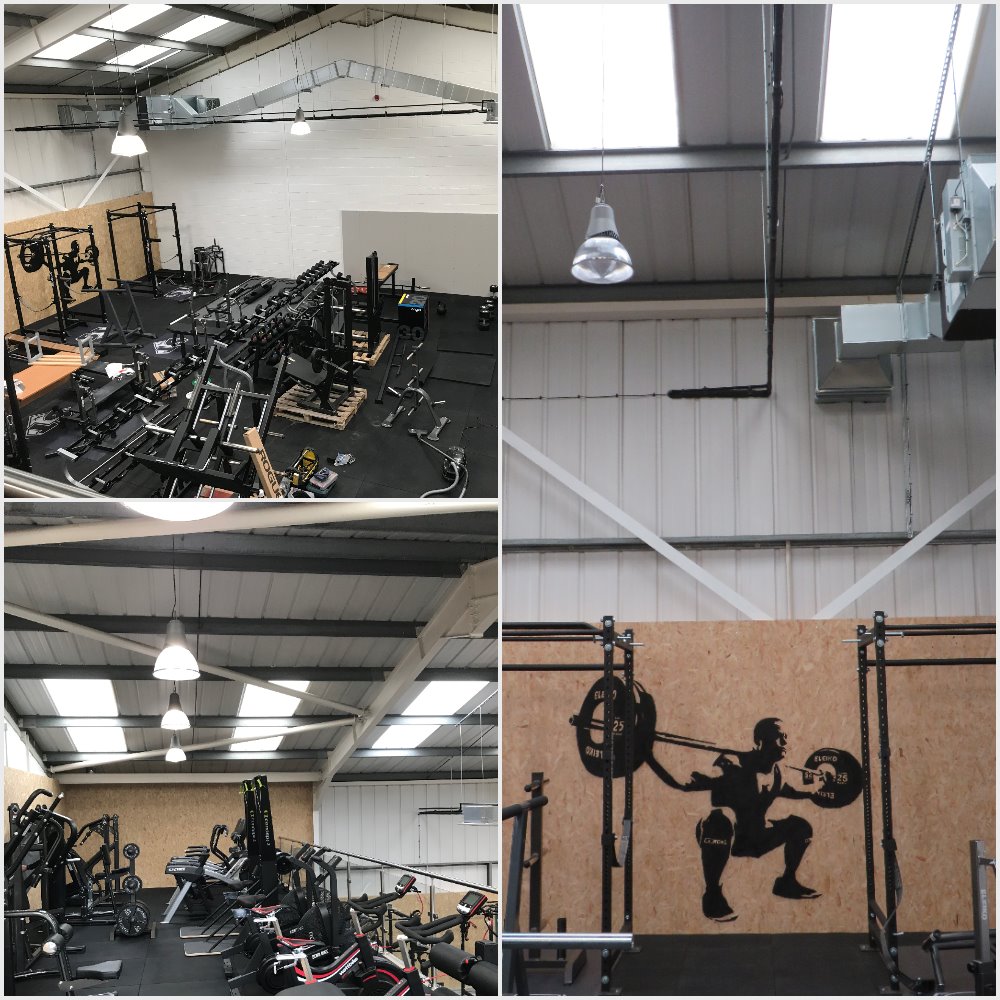 The overall light levels have been enhanced, yet the space retains its industrial feel. With the chipboard wall finish and the “Banksy” style graffiti on the walls, the Super Training UK facility certainly has a unique atmosphere.

The final LED solution for Super Training UK, provides a flexible and cost effective solution using Ansell High Bays. Reliability and long product life were also important requirements, since there would be limited opportunity to bring in the appropriate access equipment to change traditional lamps, given the large amount of sports equipment and specialist flooring.

Help me reduce my energy costs