Located in the centre of Cheltenham, TLV have occupied a converted Georgian building for 11 years. Formerly a residential building, the layout consisted of a number of large individual offices and presented problems in housing the various work departments in groups. The LED Industrial Lighting Company (formerly Ocip Energy) was engaged by TLV in 2017 to provide a commercial lighting design for the new property, for both interior and exterior environments.

With business expanding in the UK, there was a requirement to enlarge the office area, as well as provide an open plan space for the sales and technical teams. 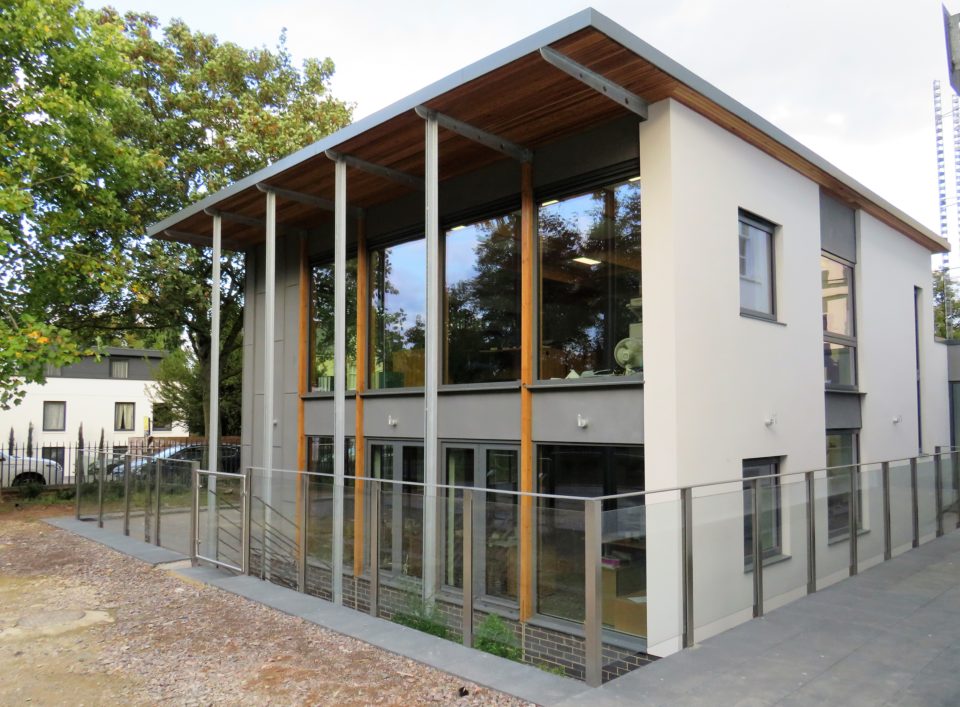 In 2016, local architects were engaged to develop plans for a modern extension to the existing Georgian property. The new extension consisted of two open plan floors and a connecting corridor to the old house. To satisfy planning constraints the new building was ‘sunken.’ The two floors were also open on two sides with a glazed façade, steel frame and timber cladding.

The LED Industrial Lighting Company designed a lighting solution for the new property, for both interior and exterior environments. 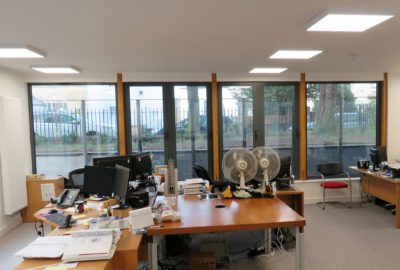 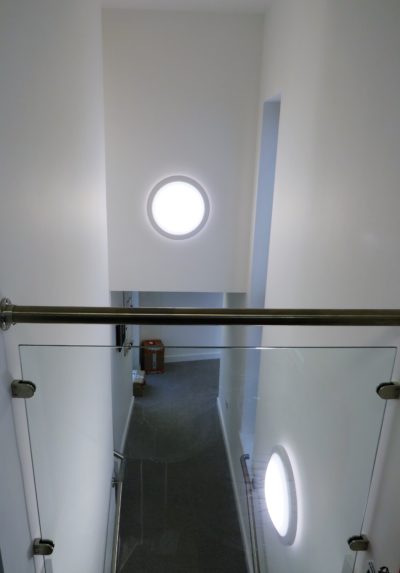 Help me reduce my energy costs